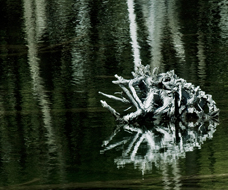 Bruna Rotunno lives between Europe and Asia. After graduating in psychology, she started to be interested in photography, particularly in the portraits, fashion images and video art. She collaborates with several magazines, including Vogue. Her art, including portraits and landscapes, transcends genres and alternates pictorial sensibility to the immediacy of reportage,  read more 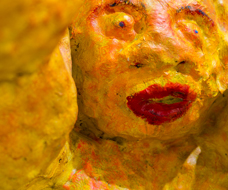 Bruno Hadjadj is a French multimedia artist, with a focus on city societies, on which he transfixes his quirky eye and sense of humour. His work is about extremes and paradoxes of our megalopolis. Since 2012 he has been developing a continuing series: ‘ALL IS LIGHT’, a critical point of view on our societies mutations. In his previous works Hadjadj played with visitors and provoked their reaction.  read more 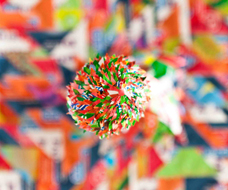 Cesare Callegari, born 1974, graduate in Art and Communication. It’s strictly from the

communication that all his work about art starts from. He’s always interested in creating social objects. Art as a way to describe his life and the lives of the people around him, taken by the places where he lives and has lived. He uses a mix of tecniques, focused mostly on 3D objects where he works on different scales. read more 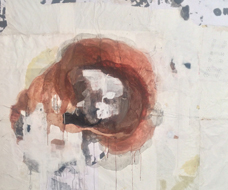 Emanuele Ravagnani’s universe is an ensemble of painting, installation, photography and music, experienced as non dissociable elements. « To define my dimension I use a mix of techniques, spanning from painting through materials assembly and collage, small objects salvage through black and white photography, on which I intervene pictorially. …  read more 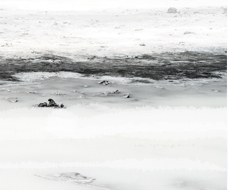 Fabian Albertini is an Italian artist  based between Reggio Emilia and Rio de Janeiro.

In her research Fabian Albertini uses installations and photographs  to explore existence and perceptions. Fabian focuses on reflection, moving more than the simple observation of works, creating issues on our way of thinking, changing the way in which something is regarded, understood, or interpreted. read more 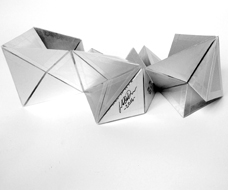 Gabriele « Gabo » Dal Dosso’s plastic research is headed to the transformation of a philosophical idea into a tangible object. The result is the CUBO DI GABO series. At the origin of his research, the artist takes the cue from the Möbius strip structure. In each CUBO DI GABO the dichotomies in/out, open/closed, finite/infinite collapse, losing their known connotations and boundaries. read more 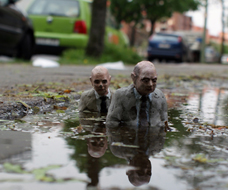 Isaac Cordal is a sculpture artist from Spain currently living in Bruxelles. His sculptures take the form of little people sculpted from concrete in ‘real’ situations. Cordal manages to capture a lot of emotion in his vignettes, in spite of their lack of detail or colour. He is sympathetic toward his little people and we empathise with their situations, their leisure time, their waiting for buses and their more tragic moments such as accidental death, suicide or family funerals. read more 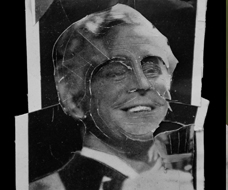 Leonardo Fernandez Della Pietra, aka LOLO, Born in 1977 in Buenos Aires. Pintor, sculptor, musician, live and work in Barcelona. With a high tendency to experiment, the solo career of Leonardo has gone beyond the circuit of art galleries, fairs and museums, often working under pseudonyms. He has created works of great variety, working in limited series, collages, machines that make drawings, portraits, music with light, mobile sculptures, paintings with ash, among others.  read more 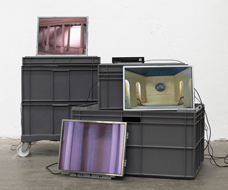 Max Blotas is a French artist, born in 1993 and studying at the Ecole Nationale Supérieure des Beaux-Arts (the School of Fine Arts) in Paris and at the Slade School of Fine Art (UCL) in London. He works in his studio at the Fine Arts, where he develops protean artworks. Max Blotas builds systems that question the very regime of images production and existence. In his installations, the objects independently produce streams of parallel realities, filmed live.  read more 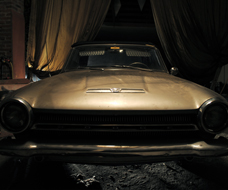 Silvia Coccaglio, born in 1981, became fond of photography at the early age of six, thanks to her mom. Her photography is an integral part of her everyday life, it portrays and treats her moods, still on the other side of the lens the tirelessly carries with her. She assiduously takes part in the various competitions and Vogue Photo, first, selects her work and, seeing her photography approved,  read more 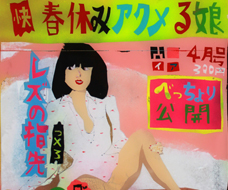 With a style that unrestrictively mixes naïve art, readymades, wildly-colored compositions, and unexpressed feelings, Sosaku Miyazaki is a Japanese-born artist who will equally take on, drawing, painting, illustration, collage, animation, comic,sound, music, installations, performance, and sculpture. Experimentation with new techniques and media is the main driving motor for this compulsive creator with a keen eye for the beauty that hides in front of our noses in everyday life.  read more